Mural by Shaza Khaled and Aliaa El Tayeb, who studied at the Luxor Faculty of Fine Arts. The mural is inspired by a photo-shopped image of a protester in Greece dancing with a ballerina.

A woman wearing the Niqab carrying a gas cylinder that reads ‘change’. To the left, a newspaper headline ‘One Year Since the Revolution and SCAF’ 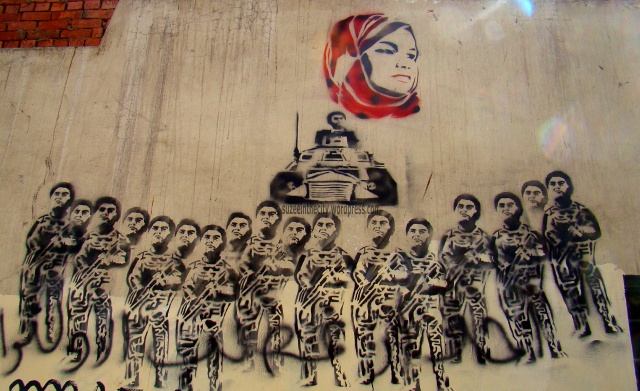 Samira Ibrahim’s face above an army of Ahmed Adel El Mogy, the doctor who was acquitted in her case against him and SCAF for virginity testing. The graffiti was made on the Friday following his acquittal. 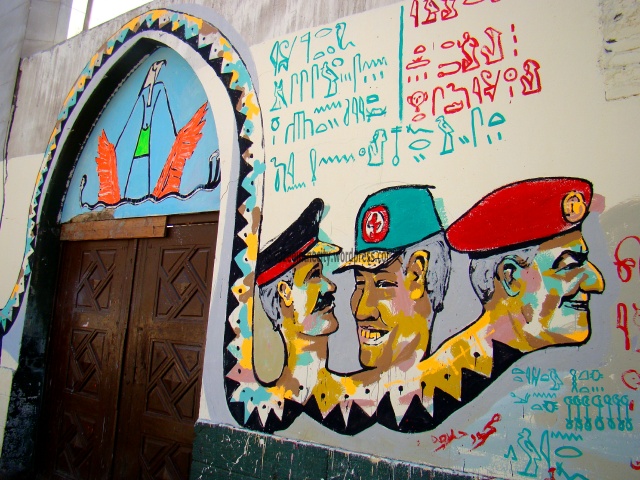 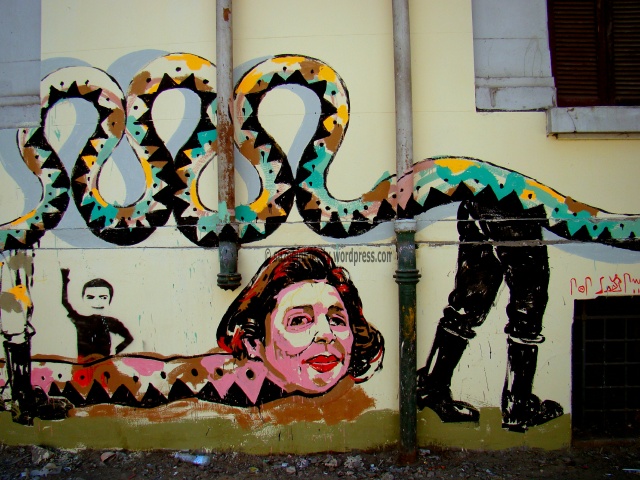 The serpent’s body is supported by military boots, and the surprising head of Suzanne Mubarak makes an appearance on the body.

Alaa Awad’s fascination with ancient Egyptian art continues to the end of Mohamed Mahmoud Street, where it meets with Tahrir Square.

‘Tomorrow’ and ‘Yesterday’ a mural made by Zeft and friends, the right side was added to commemorate the martyrs of the Port Said massacre, while the left side was intended to give us hope for the future of Egypt despite the bleak present.

The wall of Falaki street. One side, men peek through boat windows, on the other side, AUC’s Falaki Campus is a lonely building caught between the Ministry of Interior’s barbed wire, sleepy soldiers and this oppressive block wall.

This mural of General Mohamed Batran was made last week by Ammar Abo Bakr and friends, next to the massive mural of Sheikh Emad Effat. Batran was killed during a prison break on January 28th, 2011, and the artists wanted to commemorate his death, which was allegedly by security forces. 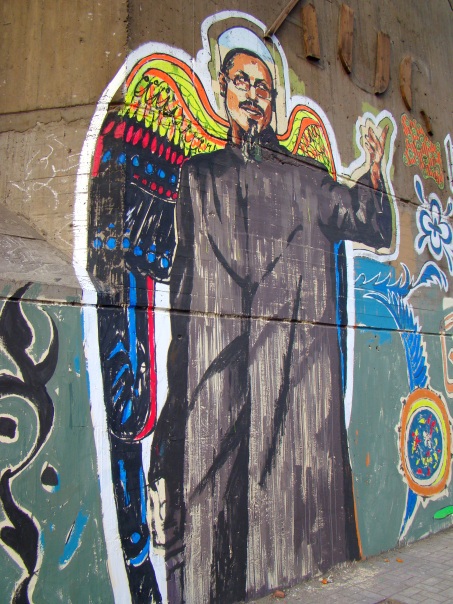 The mural of Sheikh Rihan Street remains, to me personally, the most impressive and evocative mural in Tahrir today. For more details on the other five walls, please read the Seven Wonders of the Revolution.

Be yourself, a stencil sprayed on the Mohamed Mahmoud wall.