Super Morsi, with the MB logo changed to ‘if it happens, he will deny it’

It feels like I keep writing the same post over and over again: images of sexual harassment, police violence, military violence, more martyrs, young martyrs, poems and tributes to martyrs, satire against Morsi, against religious and political hypocricy, against censorship and in support of freedom of speech.

Nothing has changed, except for some of the graffiti, including new satirical caricatures depicting religious extremists, the ruling Muslim Brotherhood and Super Morsi. New faces have been added to the martyrs’ walls, while the same familiar figures are repeated over and over again, and what makes icons out of some while others, hundreds of others, died unnoticed, their names never making it to the wall?

I don’t know the answer to that. But at least there are still some who remember the dead and continue to paint their faces and their last spoken words.

Religion is not just a beard. Stencil on Kasr El Dobara Church

Journalist El Husseiny Abo Deef was killed in Itihadeya clashes in December 2012. His last tweet reads ‘if i die tonight, I ask you only to continue the revolution’ 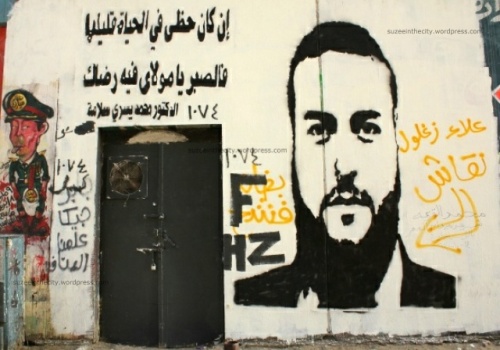 Dr. Mohamed Yosry Salama, who died in March 2013. His quote reads ‘If my luck in life was little, then in my patience, Oh Lord, lies your solace’ 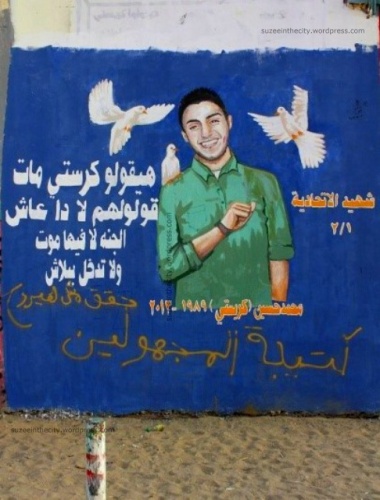 A Tribute to Mohamed Cristy: They will say Cristy died/tell them no he lives/ There is no death in heaven/ and unearned entrance

Tribute to the child sweet potato seller Omar Salah, who was shot dead ‘accidentally’ in February 2012. Mural painted by the Revolution’s artists association. 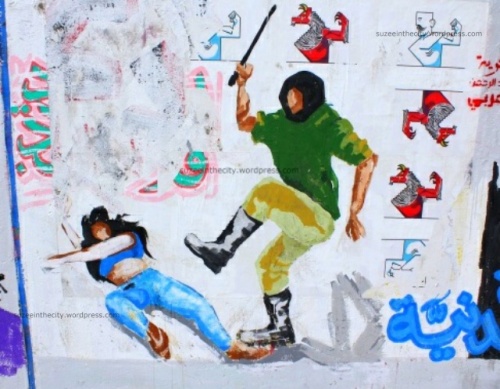 The blue bra incident painted in full, only this time the girl is unveiled without the Niqabi clothing. 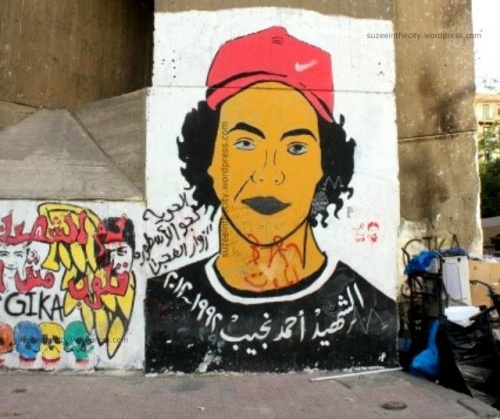 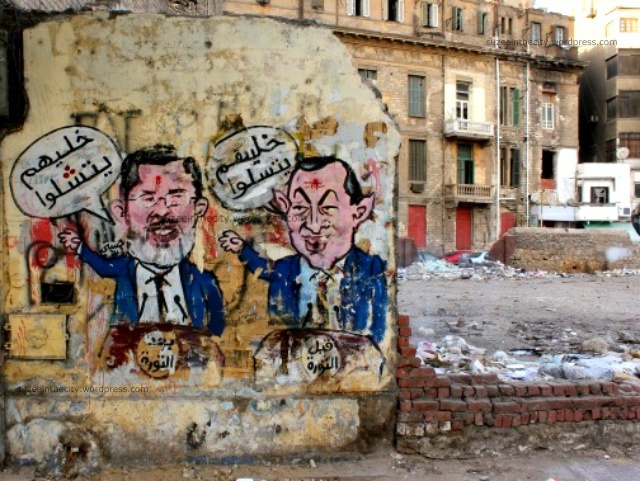 Graffiti artist Hosny and his depiction of Morsi and Mubarak: Before and After the revolution 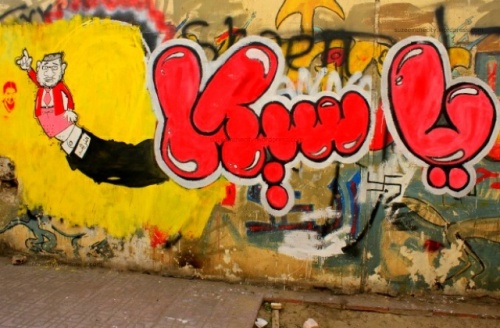 Morsi the puppet on the Morshed’s hand

Top banner reads ‘We will implement the Sharia law even if we break it!’

If we can’t live on this earth freely and with dignity, then we deserve its grave 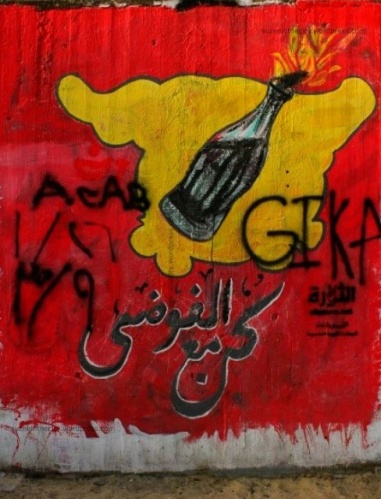 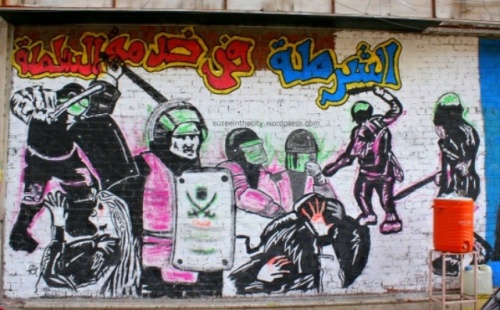 The Police are in the service of the Authorities 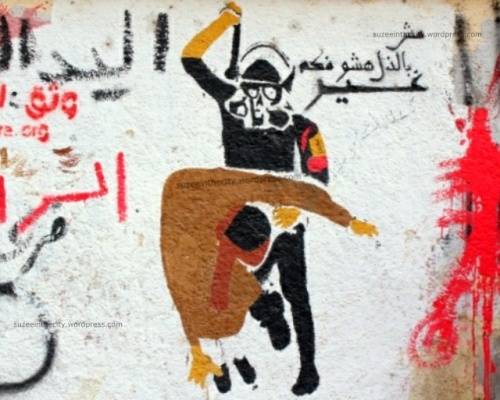 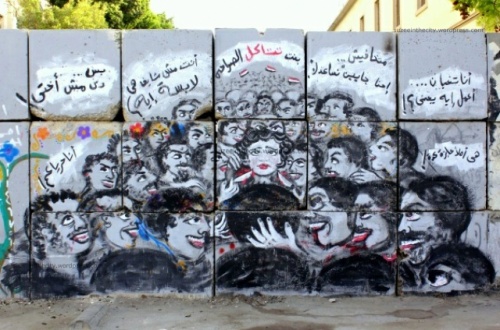 a woman swallowed up by a sea of men and their disgusting excuses for sexual assault. Mural by Mirah Shihadeh and Zeft

More martyrs’ faces on the Armenian church in Downtown Cairo

The Ape, a stencil by Ahmed Naguib 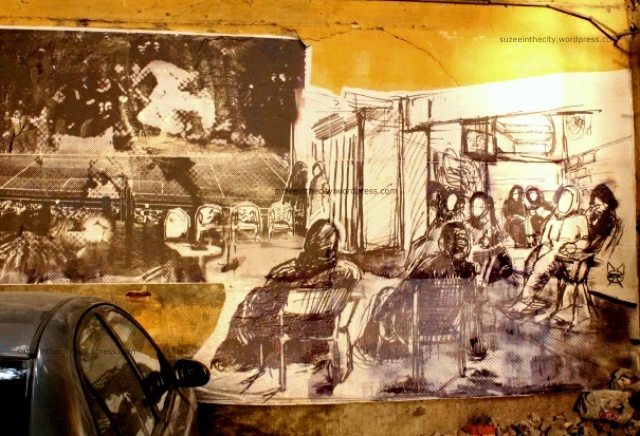 The Mozza’s poster art of veiled women sitting and watching a football match on a widescreen.